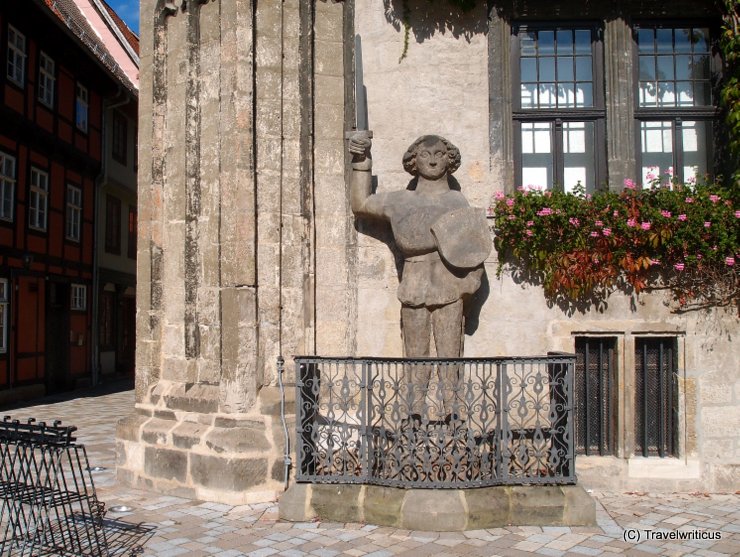 In many German cities you can see such statues simple called Roland. in former times these statues indicated that this place was privileged with city rights. Generally they were placed next to the city hall or at the market place so everybody could see this sign of privileges.

Well, comparing to the huge Bremen Roland the Quedlinburg Roland (Quedlinburger Roland) looks a bit shy to me, doesn’t it?