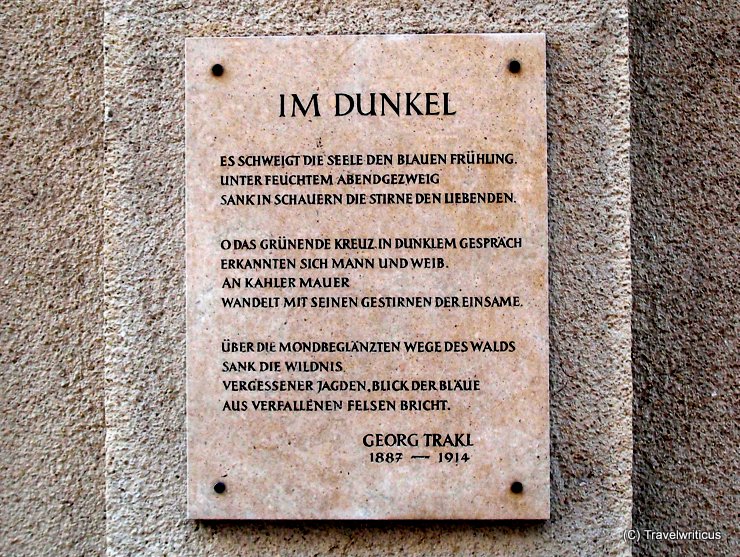 Salzburg it is not only the city of Wolfgang Amadeus Mozart, but also the city of the Austrian writer Georg Trakl. If you look carefully you will see several plaques with his poems scattered all over the city. The depicted poem is placed next to a pharmacy in the Linzerstrasse, where he used to work as a young man.