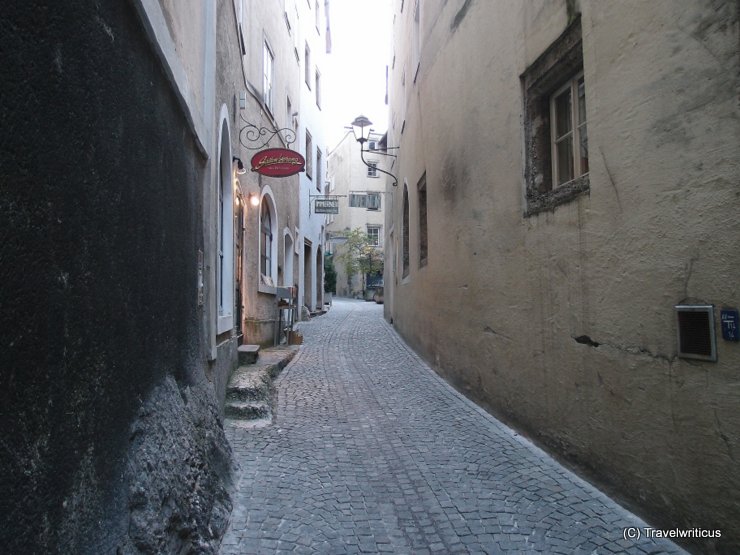 The Steingasse in the city of SaIzburg is a pretty old street. During ancient Roman times it was a trade road connecting Iuvavum (Salzburg) with the south of the Roman Empire. The buildings on the left side are attached directly  to the rocks of the Kapuzinerberg Hill which creates some fascinating views along the street. 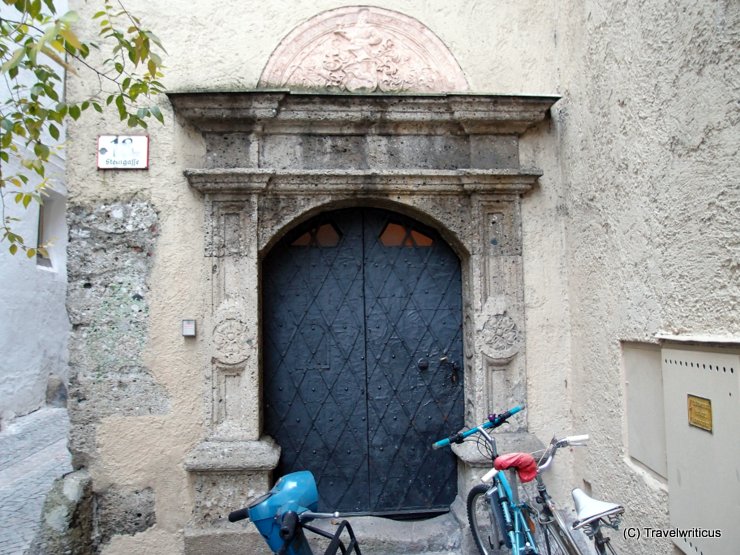 Although the houses along the Steingasse were used by simple people and crafstmen you can see some impressive gates as well. E.g. this one situated at the address Steingasse 18. 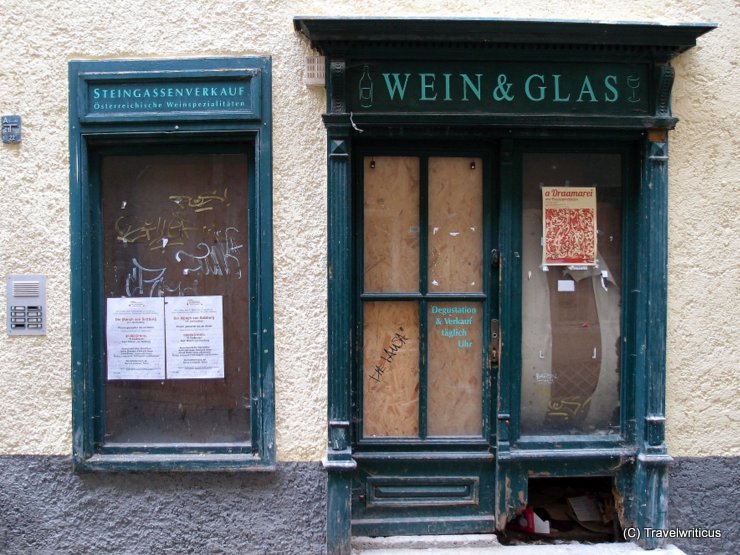 Another interesting detail of the Steingasse: There are a couple of closed down shops. I think we all should take pic of those shops because they will disappear one time. I love the pun on the left side: Steingasse + Gassenverkauf = Steingassenverkauf. Gassenverkauf is the German term for off-premises sales. 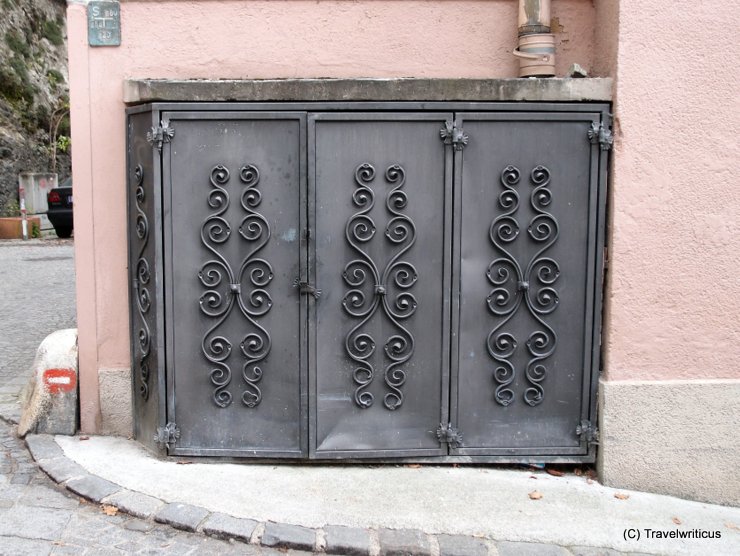 Another detail I love: Next to the Steingasse I came across this sort of a box. I guess there is just some technical equipment inside but have you ever seen such an artful cover for technical stuff in a street?