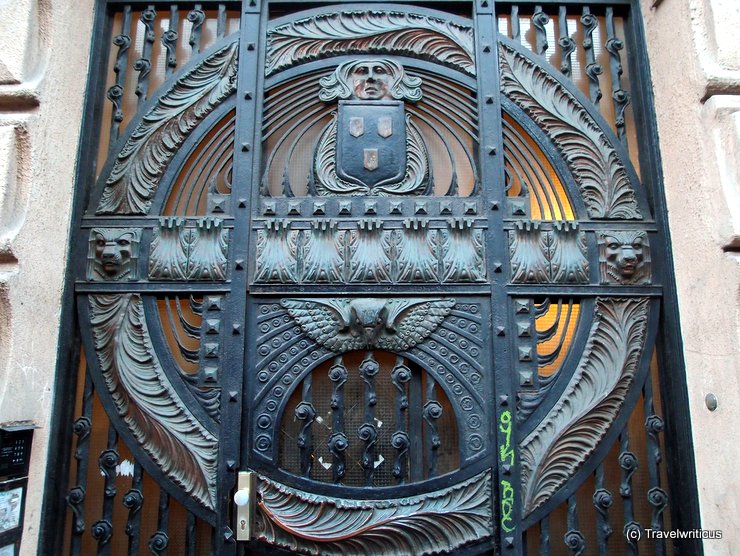 Generally tourists tend to leave a railway station as quick as they can. They hurry down to the metro or they are looking for a cheap bus or a quick taxi in order to get to their hotel.

Well, why should we stay at a railway station and its surrounding for a longer time? Its because of the history! You know there was a time the railway was the most important means of transportation for people. It was the railway who brought the travellers from their homes to the sea, to the mountains and to the spa.

Travelling by train was a kind of luxury. And that way they built the railway stations in the big cities of the empires. They built them like cathedrals. Cathedrals of the progress like I read at an exhibition in Vienna some years ago.

Next to the railway stations many luxury hotels were built in order to host the lucky guests of the luxury trains. So at that time the quarter around a big railway station was a fine quarter.

Well, times have changed. Train travel is a mass phenomenon. People don’t care about hotels next to the railway station, they prefer to buy a small snack or a postcard for mother and father.

What has left from this glorious time? The architecture! If you take the time to stroll around the big railway stations you will find a lot of great architecture. Whereas their ground floors are occupied by the signs of internet shops and mobil phone sellers you can still see the glory of forgotten times in the floors above.

So why not to start a city trip with an one hour of walk around the railway station?