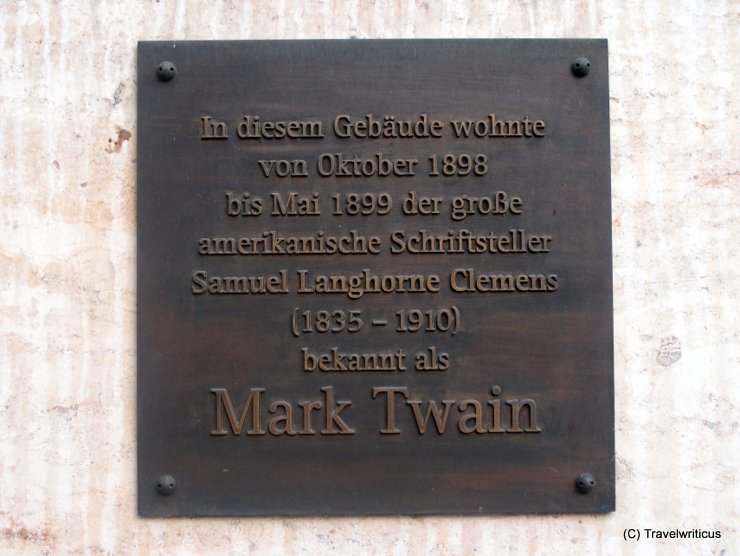 This memorial plaque for Samuel Langhorne Clemes, generally known as Mark Twain,  is placed at that hotel in Vienna where he used to stay between October 1898 and May 1899. The hotel named Ambassador is still a prime address in Vienna.

It is reported that Mark Twain watched from this hotel the funeral procession for Elisabeth of Austria (‘Sisi’) which headed to the Capuchin Church situated opposite the hotel.