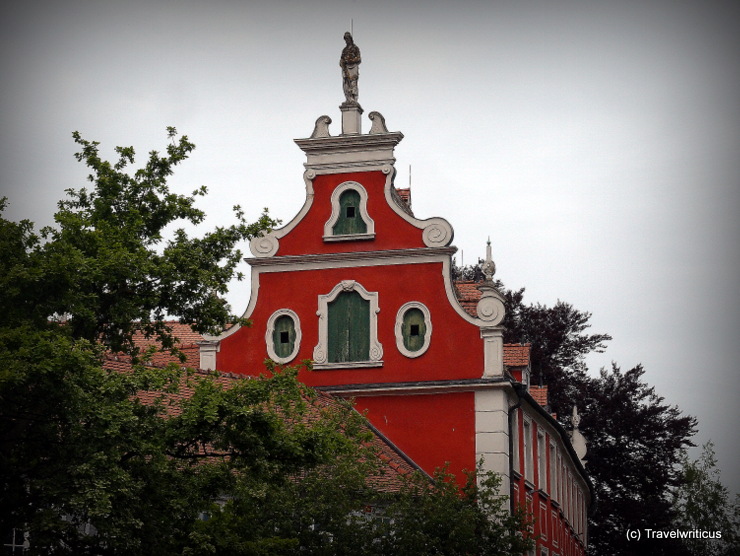 On my way from the Imperia statue  to the Rhine Gate Tower (Rheintorturm), I notice a striking red facade. Around 1300 the St. Konrad Hospital was built in this place, which integrated an existing chapel. The hospital later changed into the Dompropstei of Constance.

At the beginning of the 19th century, secular offices moved into the formerly clerical rooms. Today, the Maria Magdalena Chapel is used for worship by the Russian Orthodox community “St. Prokopius”.