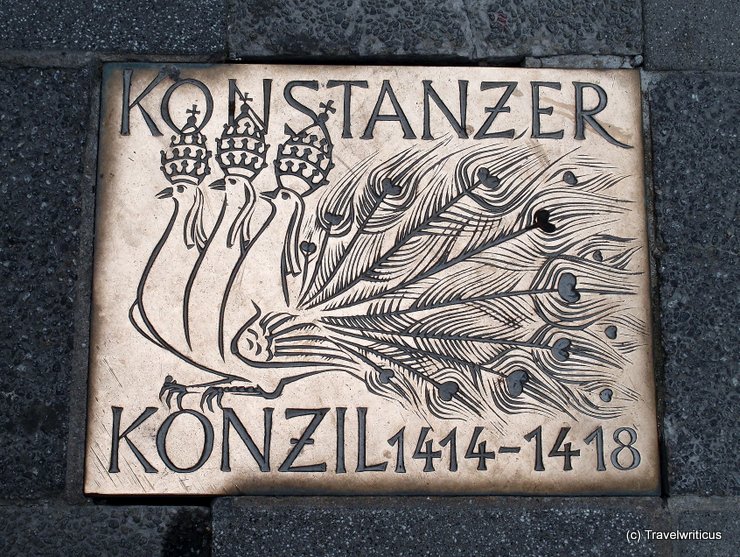 A plaque with a three-headed peacock seen in the streets of Constance (Konstanz). Why are three heads wearing a tiara each of them? At the beginning of the 15th century, there were three popes in power at the same time.

At the Council of Constance (Konstanzer Konzil) influential people of whole Europe met and tried to solve this Three-Popes Controversy, also known as Western Schism. Finally they elected a new pope in a building, which still exist: The Konzilgebäude