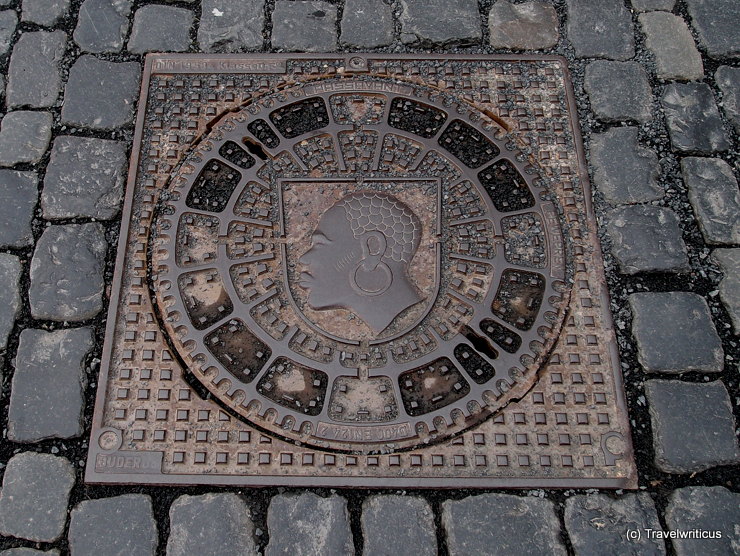 The manhole covers in Coburg show the city’s arms. They display the head of Saint Maurice, the patron of Coburg. According to legend, Saint Maurice died as leader of the Theban Legion, a martyr’s death in the 3rd century. In general this depiction of him is known as Coburger Mohr (Coburg Moor).  [German]

Saint Mauritius was an important figure especially during the time of the Ottonian dynasty (Ottonen). Legend reports he was the owner of the Holy Lance. Thus this weapon is also called the Lance of Saint Maurice. By the way, the legendary lance is on display in the Vienna Treasury.