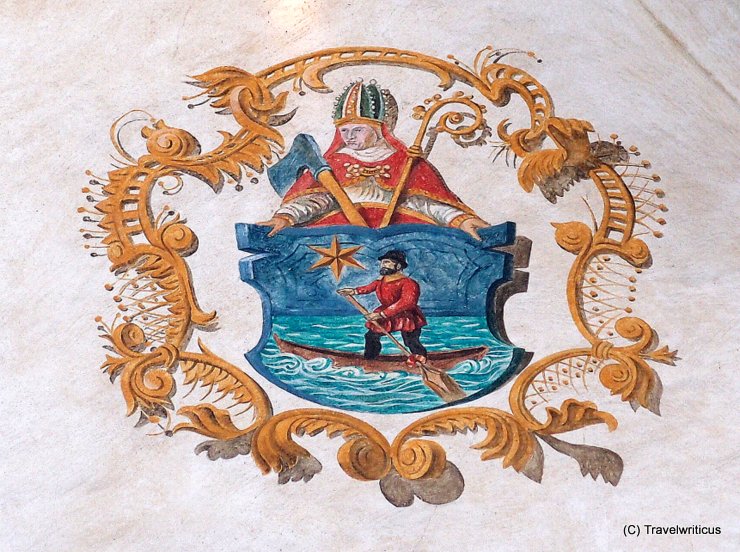 The emblem of Sankt Wolfgang im Salzkammergut, seen at an old building in the centre of the place. It was awarded by Holy Roman Emperor Maximillian II in 1567. The emblem shows a flat-bottomed boat named Zille, which was not only a traditional boat type of this region but also an important means of transport for people and goods.