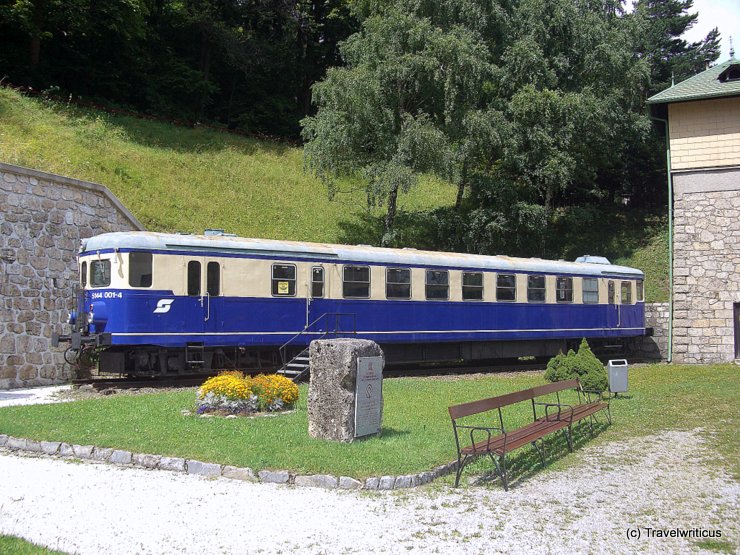 A hike over the Semmering Pass regularly ends for me in front of the railcar ÖBB 5144. This piece dating from 1951 stands on a museum track next to the building of the Semmering station. Unfortunately, it is inaccessible. So you can only enjoy the interior by a peek through its windows. [German]

In the beginning, it worked with four other railcars of the same series on the rail routes between Vienna and Wiener Neustadt. They also transported passengers in the enchanting regions of Weinviertel and Waldviertel. In 1993 the vehicles were replaced by models of the ÖBB 5047 series. Since then the railcar has been beautifying the exterior of the Semmering station.