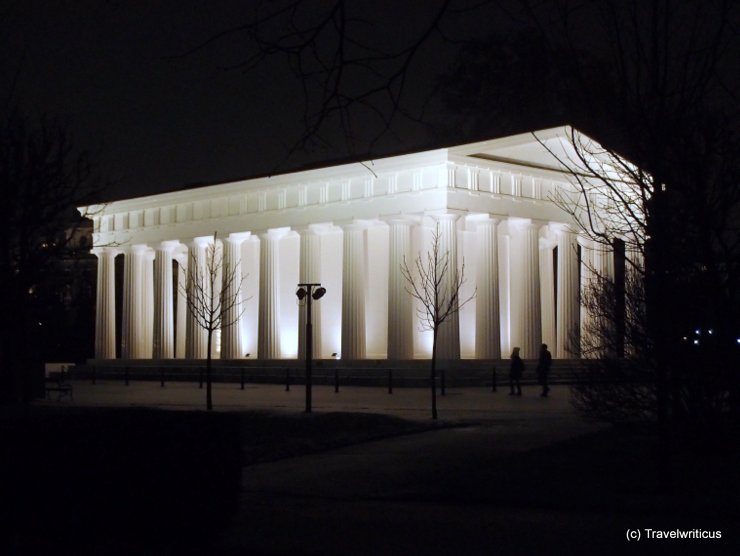 It is not visible from the Wiener Ringstraße. Only those who enter the public park named Volksgarten suddenly find themselves facing a piece of Greek antiquity. Of course, it isn’t ancient. The Theseus Temple is a classicistic building from the years 1819/23. [German]

Peter von Nobile was the architect at that time. The Temple of Hephaestus (Theseion) in Athens served as its architectural model. What was the reason for this building? It was to serve as a worthy setting for the Theseus sculpture created by Antonio Canova.

This sculpture doesn’t stand in the Theseus Temple anymore. Today, it adorns the magnificent staircase in the Museum of Fine Arts (KHM) only a few steps away from the Volksgarten. The temple itself serves today as a branch of the KHM. 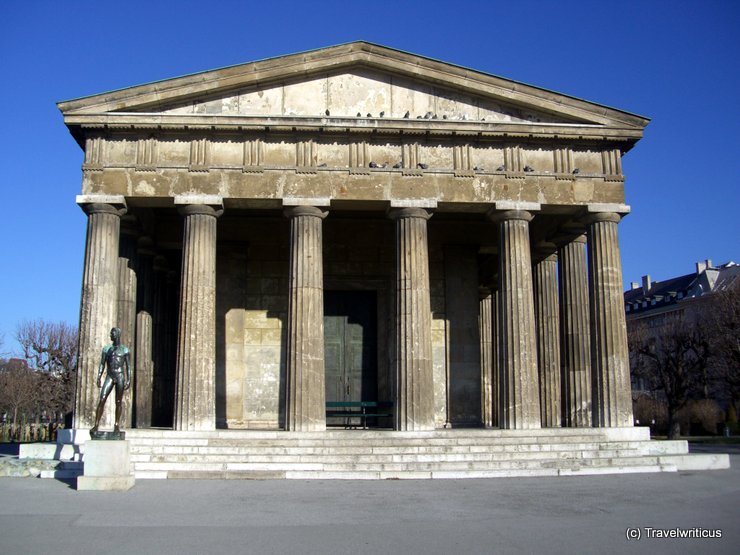 By the way, the bronze statue in front of the temple entrance does not represent Theseus. Instead, it is a work with the title “Youth Athlete”. Josef Müllner created this piece in 1921.

The building did not remain alone in his style for long. In the years 1874/1885 Theophil von Hansen erected the new parliament building with style elements of Greek antiquity. This house, guarded by Pallas Athene, is only a few minutes away from the Theseus Temple.

The Volksgarten offers even more attractions for visitors to Vienna. There are worth seeing monuments to the dramatist Franz Grillparzer and Empress Elisabeth (‘Sisi’) of Austria. The garden is also known for its sea of rosebushes.