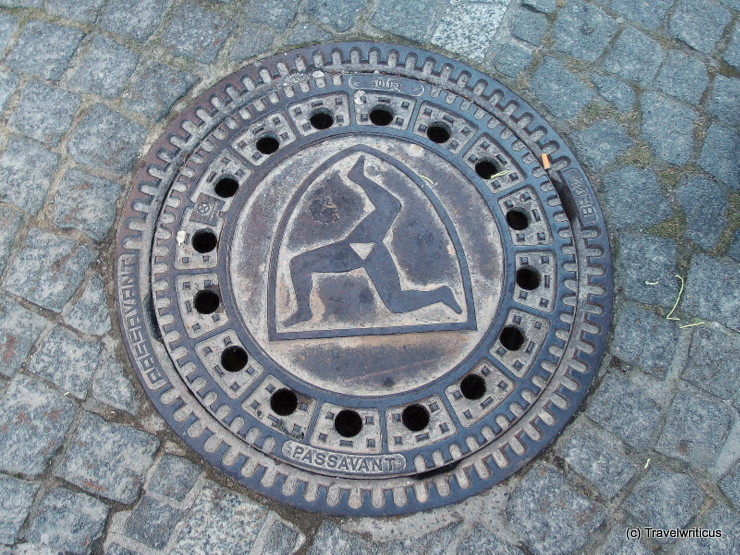 On the manhole covers in Füssen, you can see the local city arms. Even though the name of the town originates from a Latin word (fauces), the coat of arms refers to the later interpretation of the word Füssen which sounds like the German term Füße. Especially in Bavarian areas, this term is used for legs.

Personally, I’m impressed by this coat of arms as it is organized like a triskelion, which means much more than just legs.