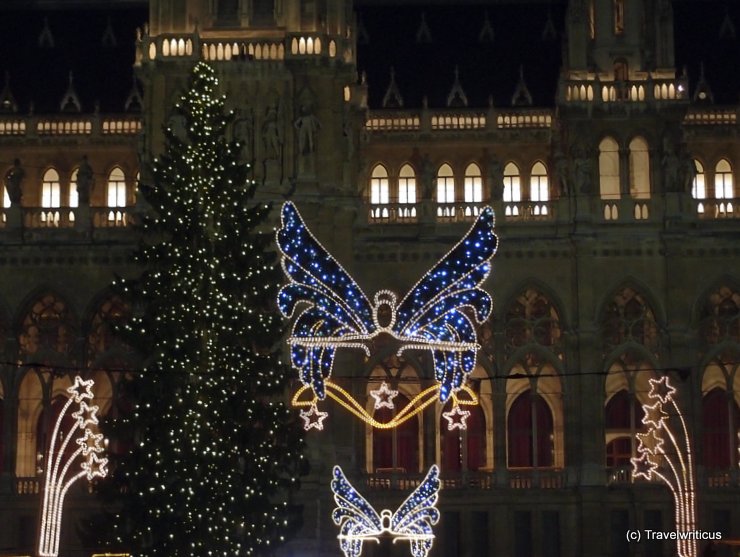 On 18th November 2012 I started a series of blog posts featuring the Christmas markets of Vienna. In the last six weeks I tried to visit a lot of markets situated in this big city. Well, its time to put down a final blog post answering the question: Which Christmas markets are worth a visit?

In my opinion a travel writer should not make rankings. Instead one should try to describe the peculiarity of each place. So what are the peculiarities of those markets I visited the last days?

Some of them were situated in front of splendid palaces like those ones at Schloss Belvedere, Schloss Schönbrunn or Schloss Wilhelminenberg. The Altwiener Christkindlmarkt should also be mentioned in this list, as it is located next to Palais Ferstl. 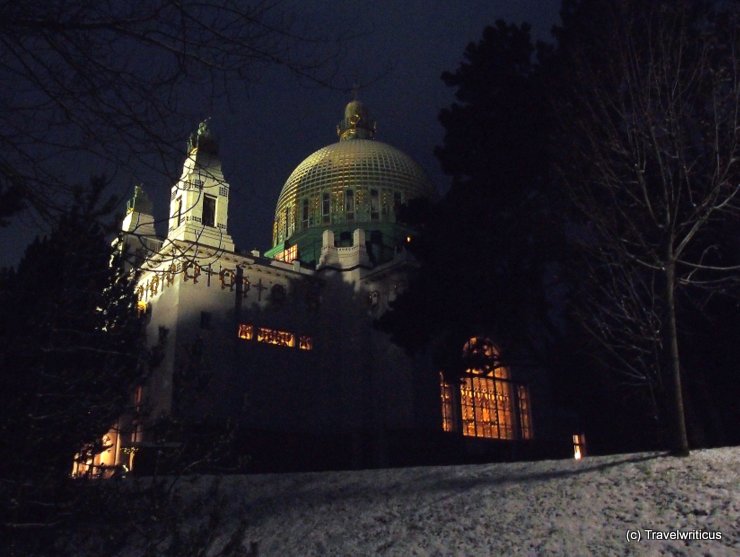 Though palaces are architectural gems there are some markets which offers even more architectural insights. The market at Spittelberg brought me back to the period of Biedermeier, the market in the basement of the Looshaus gave me the chance to see the work of the architect Adolf Loos and while visiting the market at Lemoniberg I came across an amazing church in the style of Art Nouveau designed by the architect Otto Wagner.

Regarding the sold goods I was most impressed by the market at Schloss Schönbrunn which offered a lot of traditional stuff like Moravian Stars or Hungarian shadow puppetry. Besides that there were specialised markets for artistic craftwork in front of the Baroque Karlskirche and at a place called Am Hof. 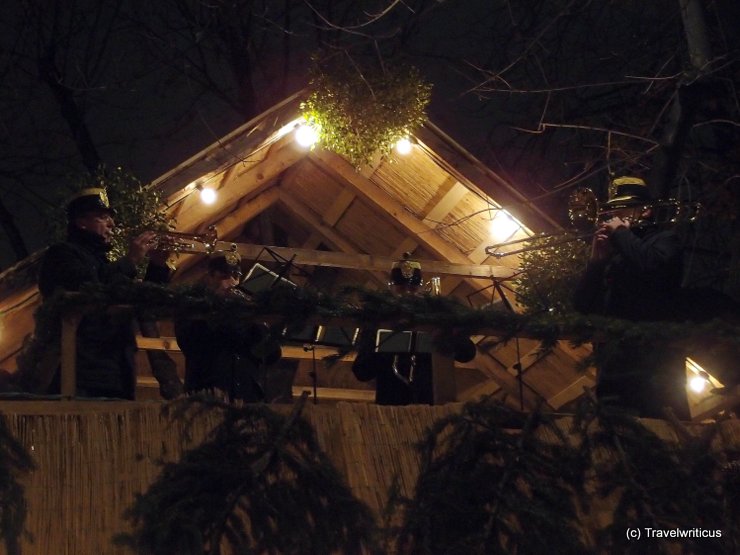 Thinking about music I had several good times listening to a tower brass band at the Christmas market on the grounds of the former AKH, whistling to Frank Sinatra songs on the loudspeakers at Türkenschanzpark, lending an ear to a chorus singing Christmas carols in front of Schloss Schönbrunn and enjoying a solo concert inside the amazing Church of Steinhof next to the market at Lemoniberg.

Trying to see the markets from the view of youngsters I was impressed by the workshops for creating bird houses and candles at the Christmas market in front of the city hall, was intrigued by young ice-scaters moving a penguin along a rink high over Vienna near Schloss Wilhelminenberg and was touched by a book seller at Schloss Schönbrunn who explained the stories of his fairy tale books to a group of wide-eyed toddlers. 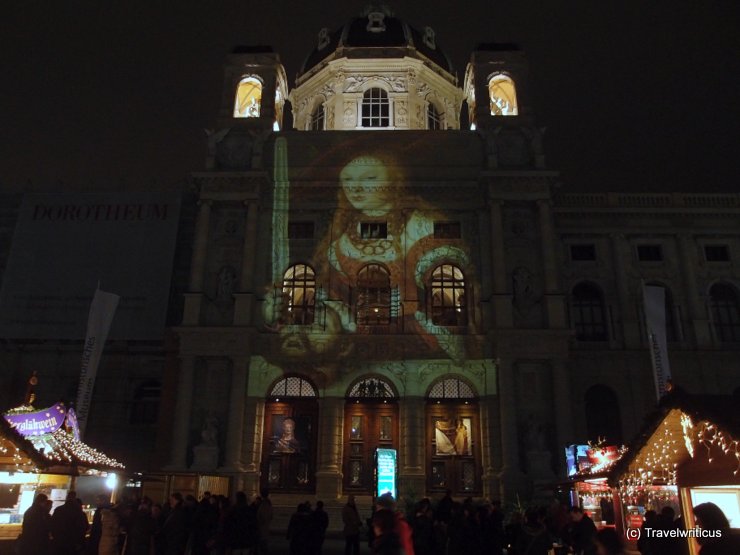 Speaking about peculiarities I was surprised to came across an oriental fountain in the middle of the Christmas market at Türkenschanzpark, to see a slide show at the walls of the museums next to the Christmas village at Maria-Theresien-Platz and to stand in an amazing sea of lights at the Wintermarkt at the Riesenradplatz right under the giant wheel of Vienna.

Now this is the end of my series regarding Christmas markets of Vienna. It is a little bit like saying farewell to good friends I have met the last six weeks. But no worry, we will meet again next year…